The site occupies an area of 6 hectares, forming part of the 17-hectare land occupied by an old railway station in Pasir Kaliki in Bandung. The design concept for the paskal Promenade involves extending the idea of having an urban shopping environment in a landscape setting.

The building becomes a gentle structure on the landscape with it’s swirling mass and open spaces. The entire project consist of two distinct sections; the first is an integration of tenanted retail and F&B areas named ” The Promenade ” and the second is an anchor tenants area named ” The Hub “. Both areas seem separate but they still function together as single entity. The architecture is ‘inward looking’, with visual access from all level to the inner landscape area. Being open air, it takes adventage of Bandung’s pleasent climate. The two components are linked and connected by central waterway, landscaped walks and multiple link bridges. The buildings have been designed with an endless flow of costumers in mind. A costumer walking through the Promenade will always be able to loop back without passing the same shop 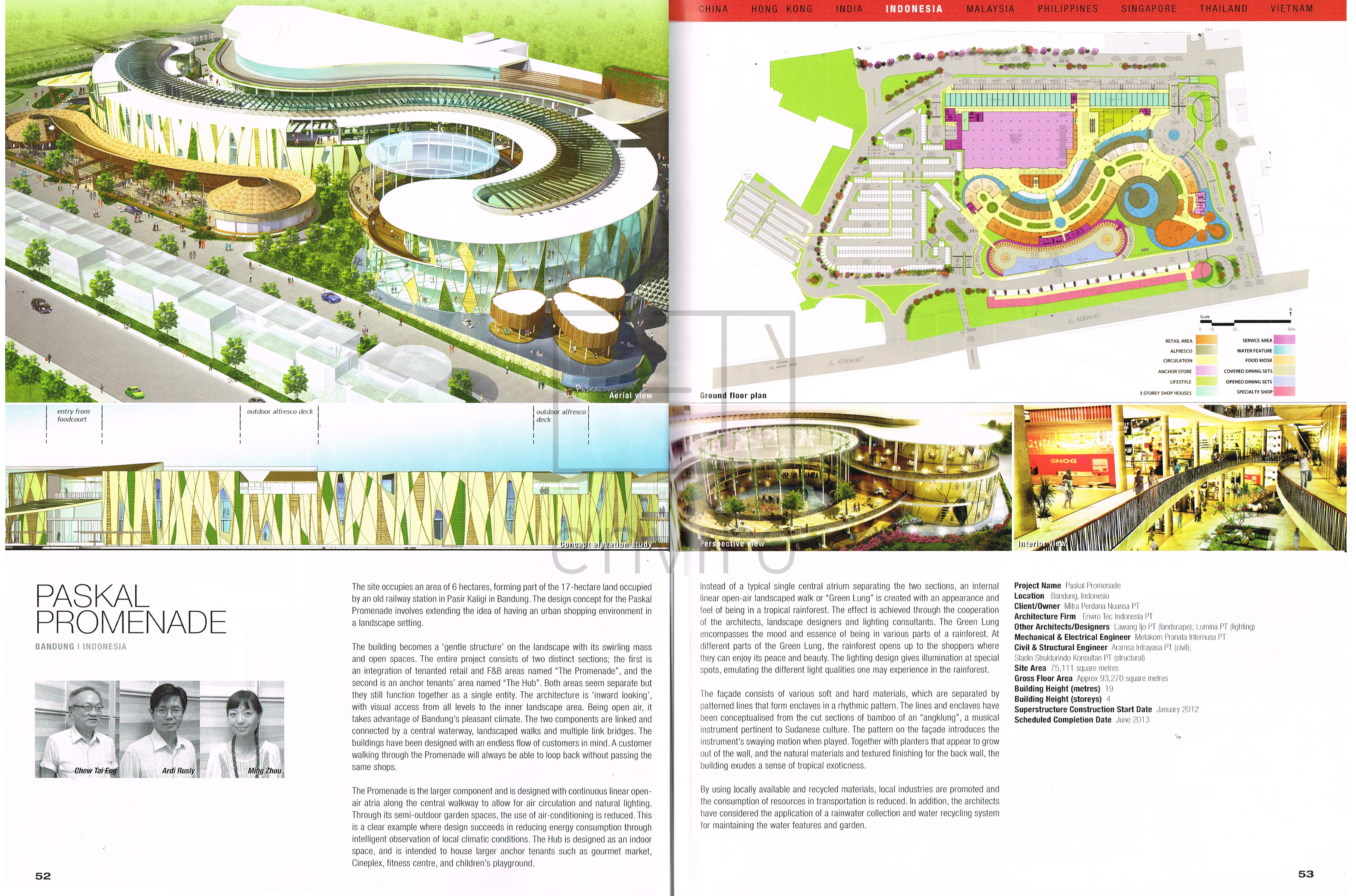